You are here: Home / Kitchen Blenders / The Montel Williams Blender

The Montel Williams Blender, originally known as the Health Master blender, is promoted as a blender that will do everything… Does it? 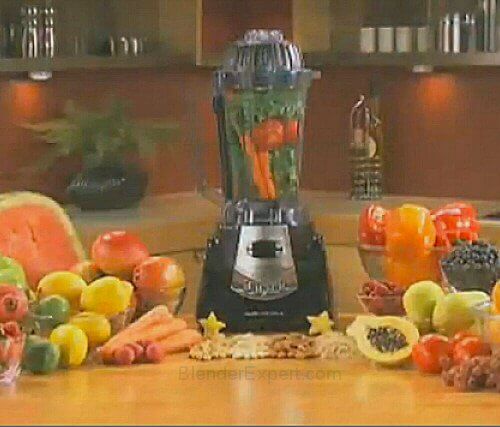 Instead of just blending, this blender is supposed to juice, grind, grate, whip and 26 more things that normal blenders do not do.

With all of these features, the Montel blender is designed to be your main kitchen tool. It should do so many things with ease that you can get rid of many of the other small appliances that clutter your shelves and counters.

This blender promises to make your life easier by helping you simplify things in your kitchen. Because it does so much, cooking should be easier and you should spend more time eating healthy food with your family.

However, before we get into the review I’m going to tell you right up front that the HealthMaster blender doesn’t make it into our selection of the best blenders available.

For the price it sells at it should have made it in easily… But at the time of review it just didn’t cut it… it wasn’t even close!

The Montel Williams Blender features a wet-dry stainless steel blade that will allow you to blend anything without worrying about mold or mildew. In addition, its 70 ounce pitcher is big enough to blend whole batches of soup at once, or smoothies for a large group.

The pitcher is also made of a polycarbonate blend, so it is dishwasher safe and difficult to damage, scratch, and destroy.

In addition, the Montel blender has 8 speeds, allowing you the ultimate in control over its blending power. It also has built-in safety feature that will stop the blender when it is in danger of overheating and allow you to restart it once the motor has cooled off.

With a motor of nearly 2 horsepower, this blender has more power than almost all of the consumer-grade machines on the market, giving it the power to take on the toughest kitchen tasks.

The power of the Montel Williams blender is its main advantage. Not only can it crush ice and chop raw vegetables, but it can make nut butters and shred meat, which are two tasks beyond the reach of most blenders.

The versatility of this machine also gives it an advantage over other kitchen blenders, as it does so many different tasks, all in one small appliance. Instead of being just another appliance that you have to find space for, this blender makes it so you have more space for other things.

While the Montel Williams Blender is powerful, it is not as powerful as some other blenders that make similar claims. Though it is also somewhat cheaper, it may not be worth paying less for a blender that does not do everything it is supposed to do.

While this blender is supposed to completely emulsify everything you put into it, this may not be the case every time. Leafy greens seem to be the major hitch when it comes to this blender. Many people say that it beats other blenders in the same price range when it comes to green smoothies and emulsifying fibers, but sometimes small pieces are still left in the smoothie at the end.

Some users report problems with some of the more heavy-duty features of the Montel blender, like its ability to help you make nut butter. These users report that the blender gets close to overheating, turns off, and will not start for 15-20 minutes, and that it does this several times during the course of one batch.

One of the major concerns that a lot of people have is the mechanical problems this blender can have on occasion. A common complaint is that the blades and other parts in the base will begin to rust. Considering that it is advertised as being all stainless steel, this is very concerning. Also, many people say that the pitcher begins to leak after a short period of time. Overall the Health Master Blender only seems to last about 6 months to a year before breaking.

Another major problem is that many people who have tried to get parts replaced or a refund have met with some difficulties, despite the warranty that the blender is supposed to have.

Needless to say, this could make some heavy-duty blending tasks even more difficult than usual, not easier.

While many people compare this blender to the Vitamix Blender, the facts seem to be that there are some serious problems with certain parts of it.

The Montel blender does have some potential, but it is probably worthwhile to spend a little more to get a more heavy-duty model if you’re going to do a lot of blending with thick substances.

As mentioned earlier, it does not make it into our selection of the best blenders available, but on the other hand, if you want to blend soups and make the occasional smoothie, this blender will more than get the job done, but you could argue that it’s a bit expensive for that!

Where to Buy A Montel Williams Blender 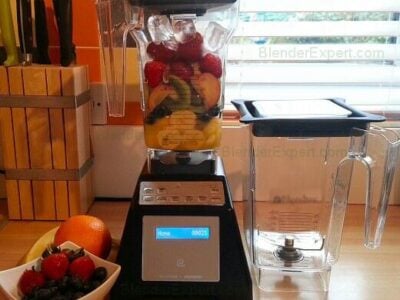 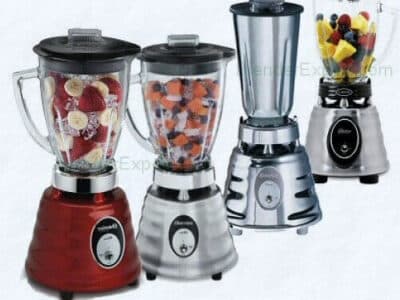